In the dark welsh valley, On the mountain side, La

You never forget and nor should you. At any point

Today we wore yellow to support the Young minds ch

For everyone on the gram 😆✍🏻

Just a girl graduating. Many things I’m proud of

A rather perfect evening visiting friends in #symo 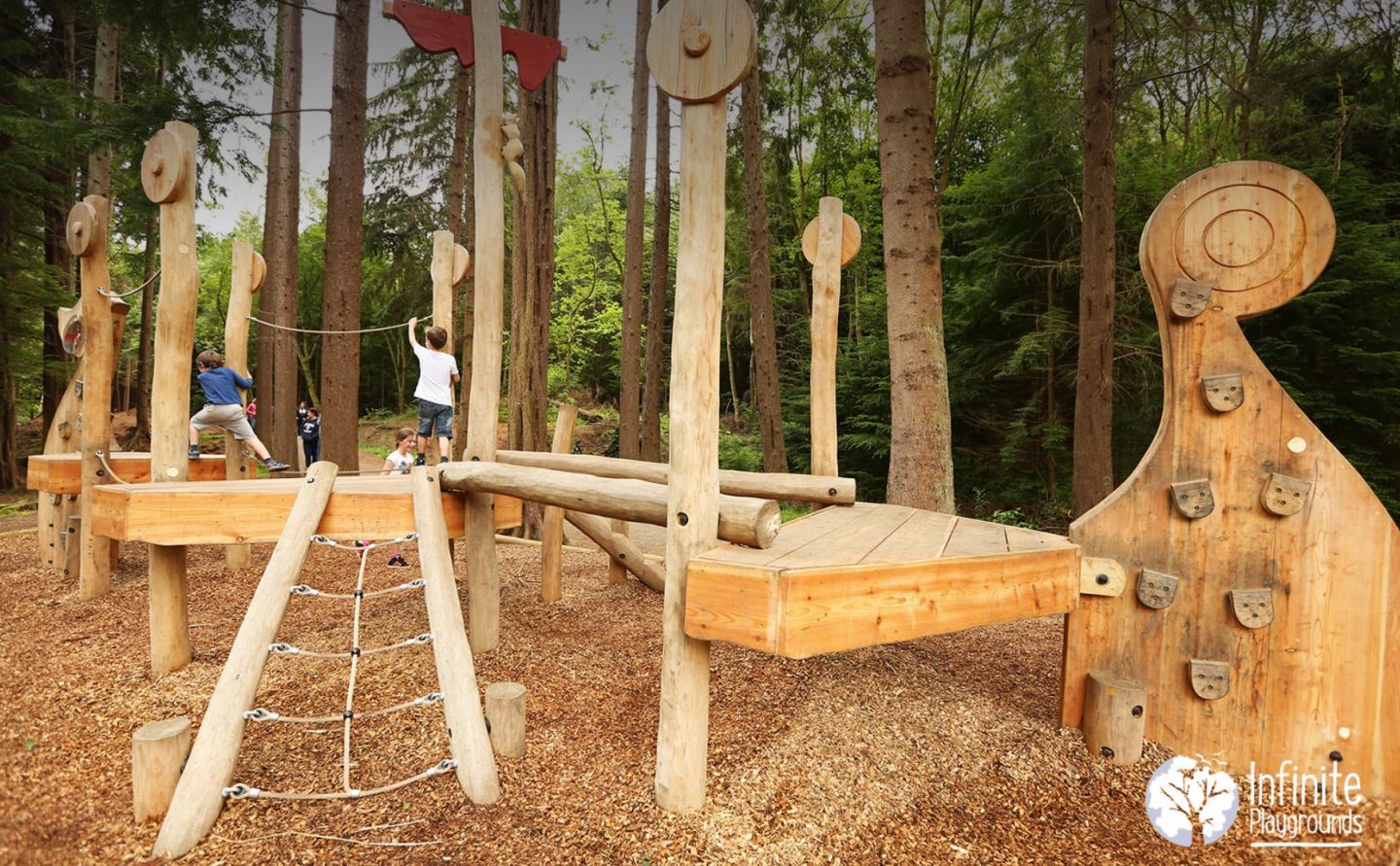 Playgrounds aren’t just about entertainment – they’re a key part of a child’s development. From confronting danger with climbing structures to social skills garnered by interaction in a play environment, playing outside helps children grow.
Natural playgrounds and adventure playgrounds, built using wood, stone, sand and water, are a growing trend thanks to their sustainability and their suitability in a wide variety of landscapes. Put simply, they blend more seamlessly into different environments – from National Trust parks to schoolyards. However, the natural elements of play also benefit children’s development. Here’s how:

10. Versatility
Playground design that uses fixed, unnatural equipment limits development. There is a finite number of ways for children to play creatively. When children become bored, accidents are more likely to occur and as such, providing versatility in play is key (Frost 1985, cited in Striniste & Moore, 1989).

9. Visual preference
In a study, it was revealed that children actively prefer playground installations that utilised natural materials and forms. This helps engender imagination and encourages children to interact with the playground. Again, boredom can cause accidents in playgrounds – so visual appeal is also vital. Installing natural play elements was also found to improve children’s spatial cognitive awareness, socialisation and fantasy play skills. (Herrington & Studmann, 1998).
The environmental aspect can’t be ignored either – with natural playgrounds providing a less jarring fit to play areas in national parks or other scenic areas.

8. Construction skills
Natural playgrounds generally incorporate moveable objects such as sand, logs, pebbles and rocks. These are often complemented with buckets, spades, string or fabric which can be used by children to learn construction skills. Natural play encourages creativity through the interaction of these elements. These construction projects, such as digging channels in sand or creating dams in water channels with pebbles, provide satisfaction to children.
Research has also revealed that children using construction skills in natural playgrounds are found to work cooperatively, which helps them problem solve and think creatively. One study by Hestenes, Shin & DeBord (2007) found that in playgrounds that used natural elements, children were far more likely to use constructive play over functional play.

7. Improved physical fitness
While this is also true of more traditional playgrounds, the uneven landscapes and play equipment present in natural playgrounds are beneficial to exercise: whether that’s climbing a wall, jumping over barriers, climbing over log structures or building their construction skills, a child’s physical fitness will improve.

4. Co-operation
Traditional playgrounds that use monkey bars, slides and swings encourage competition rather than co-operation. Natural playgrounds were found to create opportunities to play creatively and work together to either construct solutions or confront problems.

3. Time at play
Studies have shown that children playing in natural environments spend more time actively playing. This increase in playtime has the additional benefit of providing better physical fitness. Put simply: your child will absorb more of the benefits of playtime, since natural playgrounds increase overall time playing.

2. Teacher interaction
Teachers are a key part of school play, as their role as an observer and guide is vital in development. Teachers were found to be more likely to support and facilitate a child’s development when in the presence of higher quality outdoor play equipment. (DeBord et al., 2005)

1. Confronting risk
While safety is key to every playground, children must learn to confront risk as an important part of their development. Natural play areas are a good way to present elements of risk thanks to climbing and jumping challenges – but also balance that risk with safety measures such as soft-landing surfaces and generally softer equipment.

As we can see, natural playgrounds help benefit children and their development in a range of ways – from encouraging social interaction with others, to improving overall fitness and wellbeing. Encourage the children around you to venture outdoors and explore by visiting Infinite Playgrounds. There, you can discover how we can provide you with an unforgettable play facility that will last for years to come.