It started with back pain. The mornings were the worst, the stiffness and pain in my lower back when getting out of bed. I was only in my early twenties but back pain is so common you just get on with it and little sympathy is found. I went to the doctors several times and was told to try and rest, lose weight and it should be fine. It went on for months and months, then whilst in work I started to get terrible head aches and pain in the back of my eyes. Yet again I went to the doctors and was told it was conjectivitis and sent away with drops.

A few days later the pain in my eyes had become unbearable and I was struggling to see. It was recommended I went to accident and emergency to get checked over. I was transferred to the eye hospital and had x rays and bloods taken. It did not take them long to recognise that I had iritis. I do not remember having a clear explanation of what iritis is but I do remember it being like that piece of the jigsaw that puts it all together. Iritis is inflammation that affects your eye’s iris, generally brought on from rheumatic disease. Ankylosing spondylitis is a rheumatic disease.

It is not known what causes the condition, but there is thought to be a link with a particular gene known as HLA-B27. This gene was picked up in my blood tests. It is far less common in woman than men and even less common in young woman. At the time I was one of the first woman of my age that my doctor had seen with it. I do not remember a lot about that appointment when it was confirmed I had A.S but what I do remember is the doctor advising me having a baby may be difficult. He didn’t know how I would cope with the pain and not manage without medication. He said I would need to think very carefully before having children. I don’t remember feeling sad to be honest. I was very happily married, had a very good career and loved to party and children were not really in the plan anyway.

Something changed a few years later, almost like someone had switched on a mother switch. I needed and wanted a baby. At this point I was still taking a lot of medication and couldn’t begin to imagine stopping the drugs but at the same point I so badly wanted a baby. I went to see a specialist in A.S at the hospital, at last it felt like I was talking to someone who could advise and help me. He told me in so many words to go for it, medication could be managed and we could look at other options of pain relief like acupuncture.

Approximately 18 months later I was expecting baby Lane. I managed throughout my pregnancy reasonably well, on bad days I was advised on certain medications I could take but preferred not to. I had acupuncture weekly and I would always recommend that. They decided that I should not got to far over my due date, due to any complications and baby was also looking big. He did arrive late, only a week via a emergency cesarean but was a chunky 10lb 4oz.

Fast forward 2 years after his arrival, I decided enough was enough and I needed to lose weight. I lost 4 stone and discovered a love for running and exercise. It is difficult at times to juggle motherhood, work and the gym so I invested in some gym equipment and what was once a wood shed now holds varies exercise equipment. From working out, dieting and losing weight my medication was dropped and the pain more manageable than it had been for years. When my son was 6 years of age, baby number two came along and again I had very few pains throughout my pregnancy.

I still have bad days and the sciatica can be hideous but I have always counted myself lucky. I do not have it that badly and I could have far worse things to deal with. Like many of these things it is what you make it. I have over a 20 year relationship with Ankylosing Spondylitis, we have most definitely had good times and bad times together but like any relationship it’s about giving and taking. When I was diagnosed very little information was available but so much more information and help is available now. NASS (national Ankylosing Spondylitis society) have a wealth of information and support. You can contact them directly on http://nass.co.uk or they have pages on all social media.

Any questions or advise please ask and I will help or point you in the correct direction, it is honestly not a life sentence just a little blip along the way. 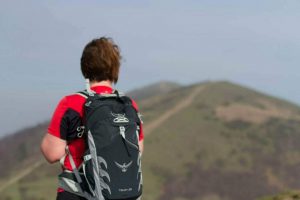