I’m not sure where the past six years have gone. The time here at Garden Cottage has flown by.  At times it is hard and has been a huge challenge but I wouldn’t change it for the world. 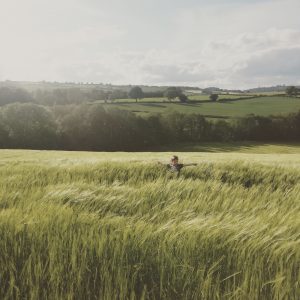 I lived in Manchester for 18 years. Dylan was born at Salford Royal and has spent so much time visiting Manchester over the years he thinks of it as home as much as living in Herefordshire. I grew up in the town of Hereford not in the country itself, then moved to Manchester for university when I was 17. The decision to move back was not an easy one, the catalyst was the death of a close family member, but the truth is that we weren’t “Utilising” the city anymore. The original party couple, combined with my career as a Front of House manager at a boutique hotel, meant that when we bought our first home, we were out so much that we didnt use the cooker for a year!  The arrival of our son and a second move out to the ‘burbs meant that we were out less and less, so with our family in Herefordshire and the chance for Dylan to grow up in a wonderful environment we made the decision to come back. 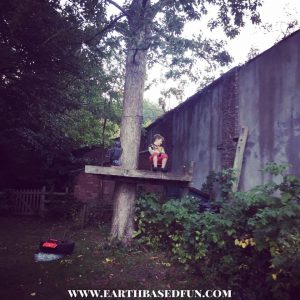 We wanted a cottage in the middle of nowhere and we certainly got that with Garden Cottage. We moved in November, the hardest time to be living here, although we didn’t know that at the time. Talk about in at the deep end! Just getting a phone line set up was hard enough but have to say contact openreach did really help.

When we moved in that November we were totally unprepared, we had a small city car, the back door of the cottage was little more than plywood and within a week of being in it snowed, two feet of snow, that then turned into 4 feet of snow! we were trapped in our little cottage for two weeks.

Nowadays, We spend most of the year preparing for winter. Putting wood by for the burners, filling up the oil tank in the summer when fuel is at its cheapest and getting food stocked up in the pantry. There is a 4×4 parked on the drive (we actually need one here as apposed to city school mums and their Chelsea Tractors), a wood shed stacked with logs, and plenty of sensible footwear! We live by the mantra that there is no such thing as bad weather, just inappropriate clothing! 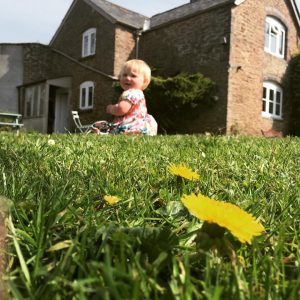 I recently saw a campaign by a company called flogas and they asked people what they would miss if they moved somewhere remote. Most people understandably said running water, gas and electricity were the most important things. The use of smart phones came up as important. I was surprised that the use of a local shop was not deemed that important and maybe I would of thought the same before living remotely but I have lost track of how many times I’ve run out of milk and been knocking on the shop door at night.

Its the unexpected that throws you. One of the things I struggled with the most was the darkness. As lovely as it is seeing all those stars, I remember really struggling to sleep without a glow from street lights, looking down the drive and not being able to see the gate was a bit of a shock! The mice, and other county delights. Our attic at night sometimes sounds like a mouse rave (although our two cats are acting as very effective bouncers) I will never forget one poking his head up over the hot chocolate in the pantry one night!

However, the Pro’s FAR outweigh the Cons, the things that I love: the gardens, the views, the space outside, the fresh air, the peace (this took time to get used to), the wood burner, the fact that not one part of the cottage is straight, the hills, the fact there are 50 children in our sons entire school, and not having any neighbours! The things that I don’t like or would change? nothing, not one single thing. 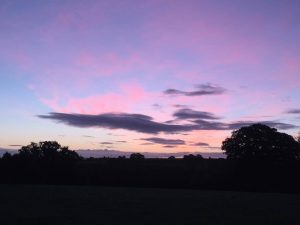